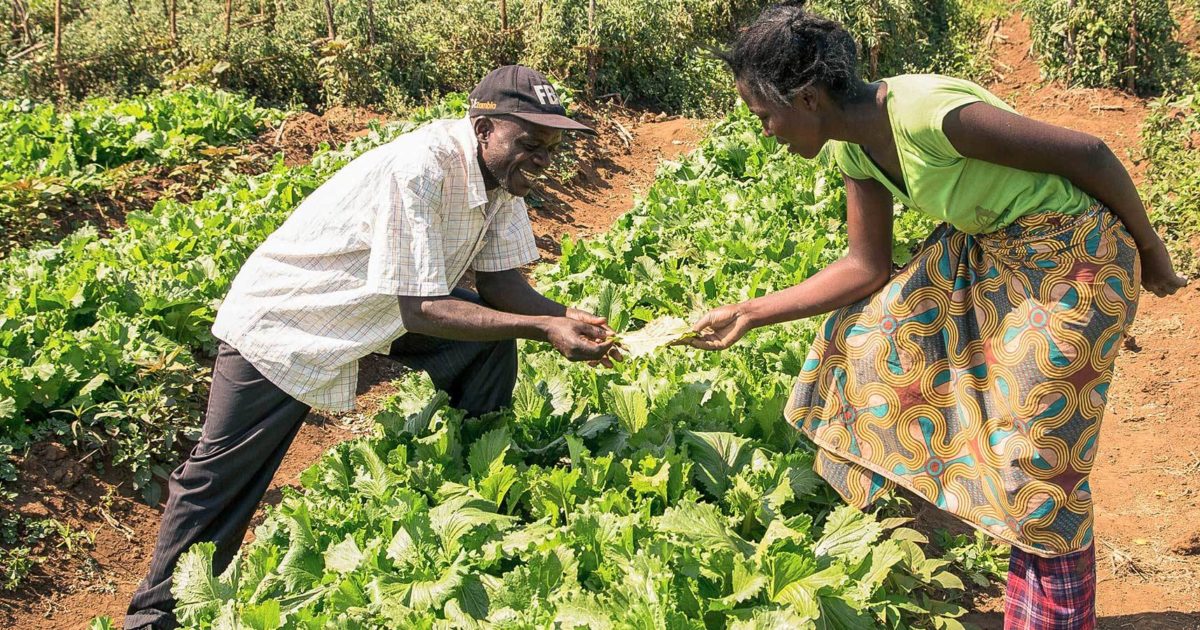 Àsà ìranra-ẹni lọ́wọ́ refers to the ways in which Yoruba people help each other out with work, whether it is at the farm, in the home, money affairs or in other matters. It is advantageous because it enables work to commence and finish quickly, it develops community, reduces the difficulties that come from doing things on your own and it brings about cooperation and unity.

There are various ways to carry out the culture/tradition of helping each other, which is what the term means directly. They include:

Àáró : This is the practice where men, typically friends,  go to each other’s farms to help out with the farm work. Today they all go to A’s farm and work, tomorrow to B, and carry on until they’ve all worked on everyone’s farm. Providing food isn’t necessary, neither is financial payment, the reward is the work done on your own farm when it is your turn. Àáró is usually reserved for farmwork, as it isn’t present in other occupations.

Ọ̀wẹ́: This refers to a situation where one begs family members, friends or both to assist in work at the house or farm of one’s in laws. It could be building a house, regular farmwork or anything in between as long as it is farm and house based. It is compulsory for food to be provided but reciprocating the act on the farm or house is not necessary. Thus, any one doing it is aware that they will not be paid back and it is simply a favour.

Èsúsú: It is a situation where a group of friends decide to have a thrift system where they make contributions based on an agreed sum. It is up to them to decide whether it is weekly or monthly, but each week or month, from the joint contribution a member takes what they’ve been able to contribute until each member has benefited from the system. A head for the system is typically agreed upon too and it is useful for creating diligence when it comes to saving/ keeping money aside. Your group of friends are also expected to be trustworthy with the money as well as telling you the truth about your money habits.

Àjọ: This is a system where people contribute money daily, weekly or monthly (depending on what has been agreed and the financial capabilities of the contributors). In the case where they are friends, some state that it is just three to four individuals. However, with Àjọ, it is not necessary that those involved know each other. A person regarded as trustworthy is elected as the money keeper and the first contribution belongs to them, said money is called ìjádìí ajọ́ OR Àdàdẹ̀yin. The person who keeps the money is called the Olórí ajọ́. At the end of the set period, the contributors collect the money

Owó èlé kíkó OR Sogundogoji: This is sort of similar to taking a loan from the bank. Here individuals borrow money typically when they are in some sort of trouble and they are trying to hide it. The money lent to them is given a set time for it to be returned with a set interest.

Àròkodóko: This is similar to Àáró but the agreement is made between individuals whose farms are very close to each other as the work has to be settled in one day.

San án díẹ̀ diẹ̀: This refers to a scenario where a buyer makes an arrangement with the seller at the marketplace to pay in instalments until they’ve completed the payment due. It was contestable, because some individuals got carried away and amassed debts and not everyone was trustworthy.

Combating people who refused to pay up in any of these scenarios was done by the lender staying with the borrower and humiliating them or letting everyone know that the borrower is a stubborn debtor who refuses to pay up.

These are the more common forms of àsà ìranra-ẹni lọ́wọ́. Which do you find the most interesting? And which would you most likely do if you were present in Yoruba land years ago when they were far more common?