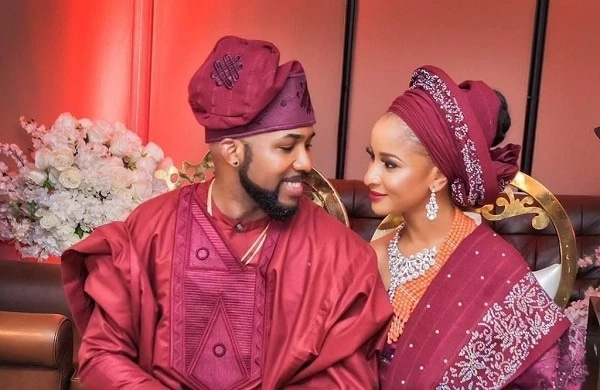 Yoruba Traditional weddings are usually the 1st wedding out of 3 weddings that Yoruba couples engage in, before the white and court wedding. 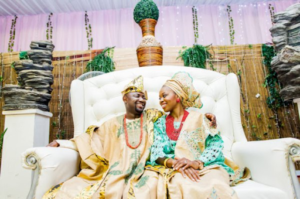 It is called an ‘Engagement’ and can be done weeks, months or days apart from the other weddings.

The  bride’s family is typically responsible for covering the ceremony costs, but some families choose to split the costs as they please.

Before the traditional wedding, the families meet for the first time. This is called Introduction or ‘Momi mo e’. During this informal occasion, the families of the bride and groom get to know each other and it usually takes place at the bride’s home.

This is more intimate and smaller than the traditional wedding and is usually just for family. 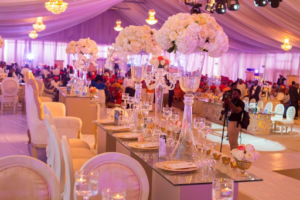 Some common items included on the list are a Bible/ Quran, bitter Kola, sugar, Yam, suitcase with clothes, a basket of fruits and a lot more.

They are accompanied with the talking drums for the impromptu song numbers that take place during the ceremony.

Money is collected at least 13 times during the traditional marriage, apart from the bride price which varies, the typical amount is about N500 to N1000 Naira for each reason. Reasons include Owo Iya Gbo (mum’s consent money), Owo Baba gbo (Dad’s consent money), Owo ikanlekun (Door knocking fee) and much more.

A proposal letter is read by a young female from the bride’s family and an acceptance letter is presented to the groom’s family before prayers are said. 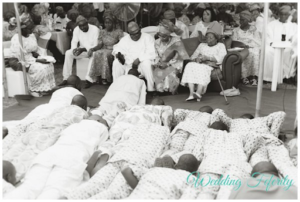 The veiled bride then dances in accompanied by her friends and family members. She kneels before her parents and her in laws before taking off the veil and joining the groom. She kneels before him whilst prayers are said. He then gives her money and carries her for all to see. This is what is called the ‘Igbeyawo’. She then put his cap on his head to signify an accepted marriage.

Once the couple is seated, the bride is asked to select from the engagement gifts previously mentioned. She is expected to select the Bible/Quran as it will have the ring attached. She gives the ring to her husband who places it on her finger.

The groom’s family then presents the bride price and any fees requested by the wife’s family.

The ceremony is not complete without the engagement cake (Akara Oyibo). The cake is often crafted to depict elements of the Yoruba culture, e.g. a talking drum, calabash or a cake topper of the bride and groom in their traditional yoruba attire.

After cutting the cake, the bride’s family formally hand over their daughter to the groom’s father in the presence of everyone.

Finally, the groom’s family come out as a group to thank their in-laws for giving out their daughter before the final prayers are said and the celebrations begin.

In conclusion, a traditional wedding is an amazing, vibrant process that commemorates the union of two families through the bride and groom. Usually seen as the engagement ceremony before the white wedding and court wedding, it is filled with playfulness, vivid colours, flavoursome meals, cheerful music and many more as seen in the article.