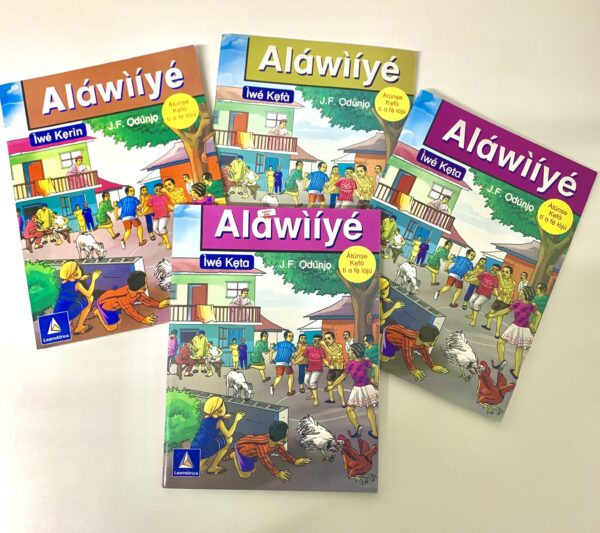 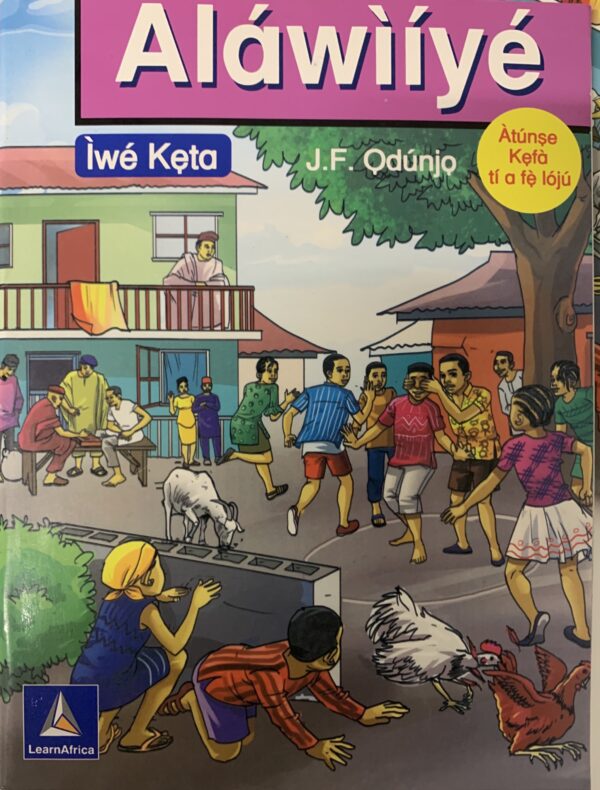 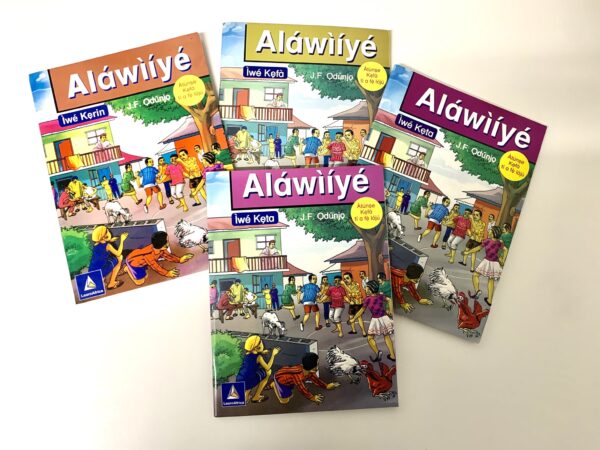 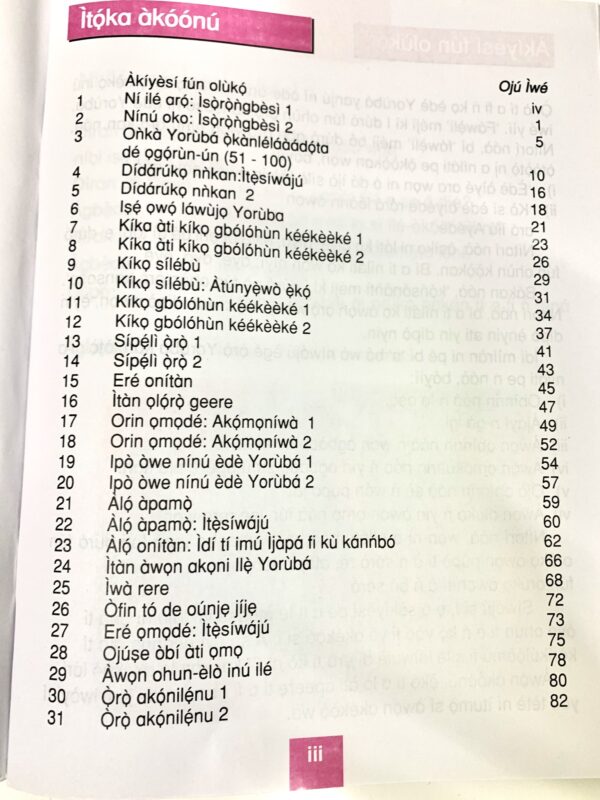 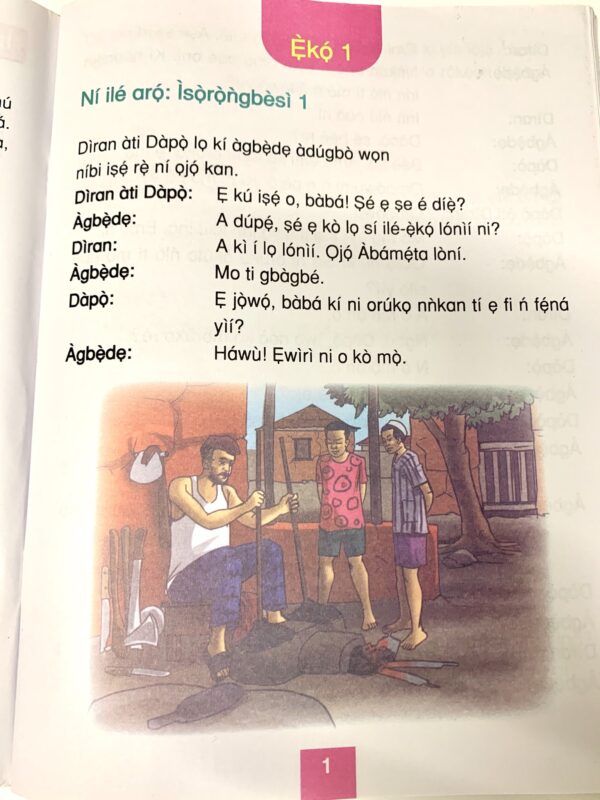 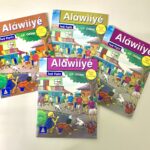 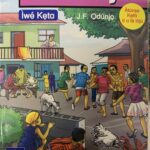 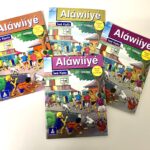 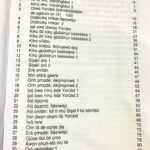 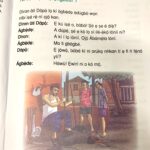 Alawiiye is a common and popular textbook, working book for children and young adults. It’s colourful, simple and breaks down the topics covered. It ranges over 6 parts, each part becoming more and more advanced. It covers spelling, nouns, question and answers, popular songs, proverbs, stories, Yoruba games, metaphors and so much more. (Full list below). It makes Yoruba interesting and breaks it down in small interesting topics. A wonderful tool to teach the language, culture and social aspects of Yoruba.

The book is completely in Yoruba (no English words) and is geared towards those who prefer immersion learning. It is also ideal for Parents to use to teach their children so has a chapter telling teachers how to use it. It also includes mini quizzes and tests to check that the reader understands and little explanation places.

There are 6 chapters to the book, you can buy the chapters in order or jump in at any point, it is not linear so you do not have had to have read the first part to buy the 3rd etc.

– Things in the home / Outside
– Daily chores
– Conversations you have with people in your life
– Numbers and counting (1-500)
– Alphabet and Tones
– Syllables and Spelling
– Stories / Plays / Allegories / Tales
– Proverbs / Importance of Proverbs in Yoruba
– Yoruba Games / Songs,
– Reading and Writing poems
– Idioms / Yoruba sayings
– Tongue twisters
– Towns, songs and traditional dances
– Oriki (traditional names)
– Punctuation
– Iwa Omoluabi (Behaviour, Character and Tradution)
– Jobs / Traditional Yoruba jobs
– Yoruba Hieroglyphics
– How to write formal/informal letters in Yoruba and examples
– Songs for weddings, funerals, chieftaincy and naming ceremonies
– Marriage / Funerals in Yoruba land
– Naming ceremonies in Yoruba land
– Nouns / Adjectives / Verbs
– Names of Kings and their Towns in Yoruba land
– Things used for work
– Debt and Payment in Yoruba culture
– Compound words
– Children and Money in Yoruba culture
– Conversations / Journeys in the past and modern day
– Beauty and Dressing in Yoruba land
– The role of women in the progression of Yoruba Land
– And so much more

There are no reviews yet.

Only logged in customers who have purchased this product may leave a review.