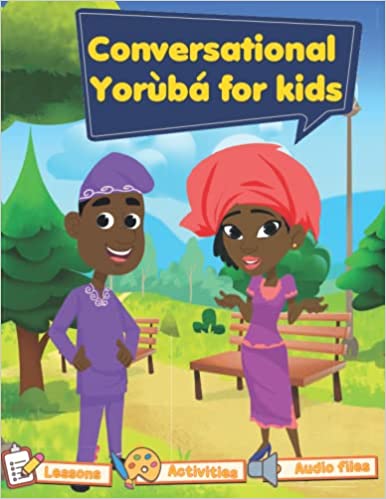 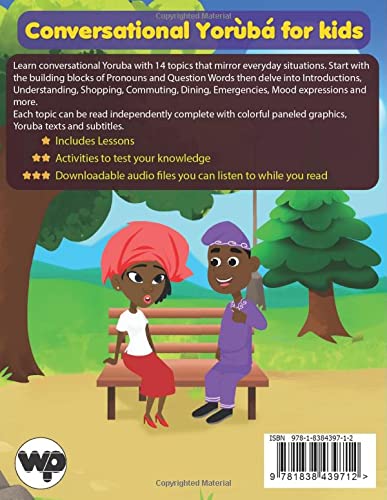 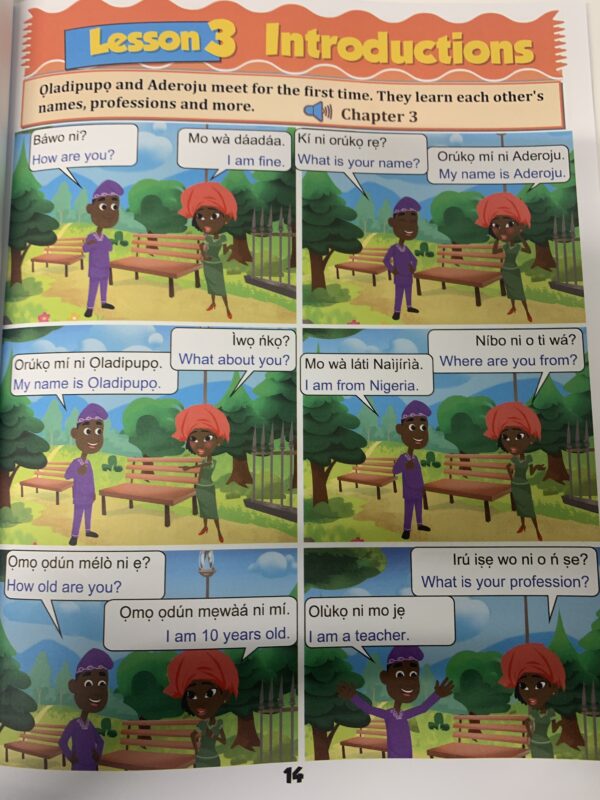 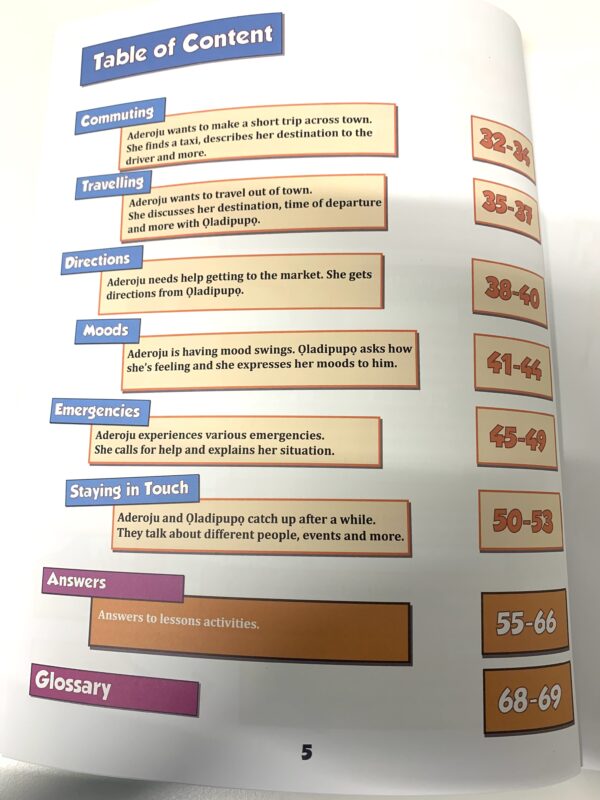 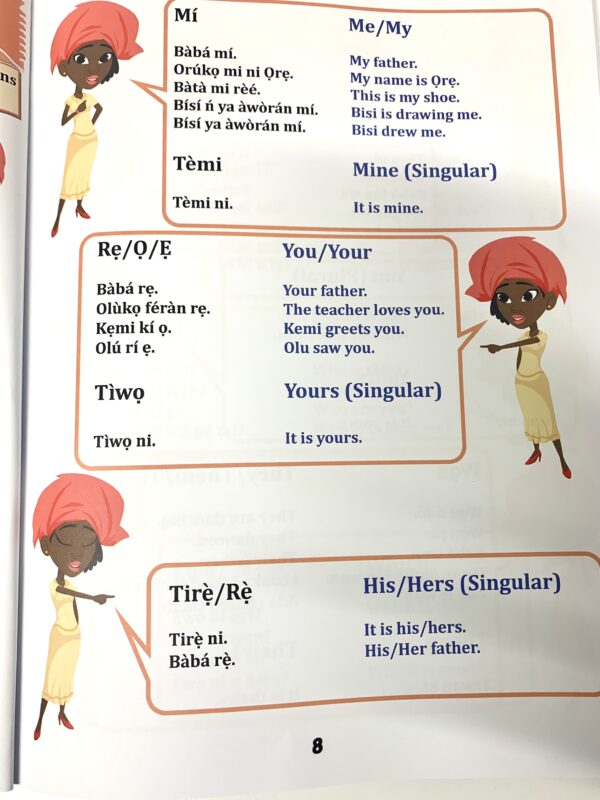 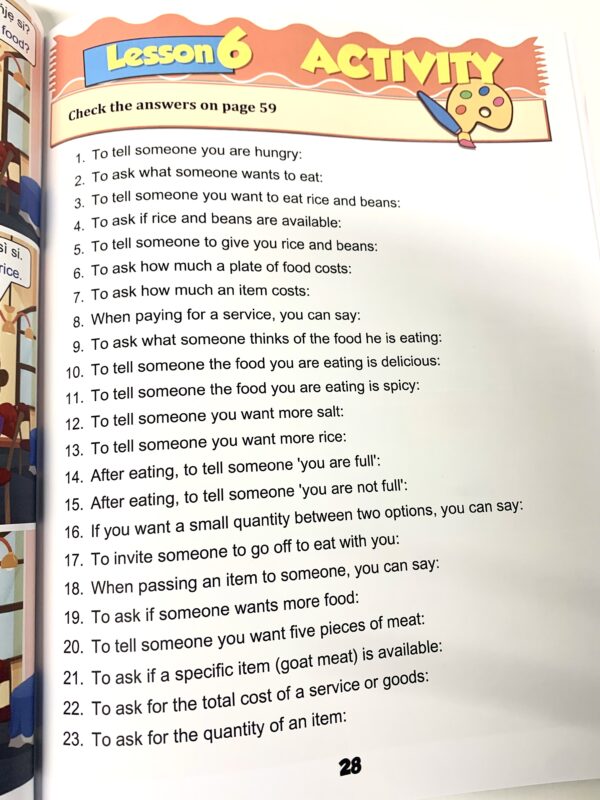 Conversational Yoruba for kids is a bilingual kid-friendly book for learning regular conversations in Yoruba language.

Learn to converse in Yoruba language using 14 real life situations. Yoruba is a popularly spoken language in South-Western Nigeria and across the Yoruba diaspora. It is widely used in the Candomblé and Lucumí faith in Brazil and Cuba. Learn conversational Yoruba with fictional characters Aderoju and Oladipupo as they engage in different regular conversations across 14 situations including shopping, asking for directions, commuting, emergencies, moods and more. Conversational Yoruba is organized in illustrated panels for ease of understanding.

Each topic is a standalone that includes lessons, activities and audio references (free downloadable audio files) that you can listen to while you learn. Conversational Yoruba includes 14 topics. The topics have been carefully vetted by different Yoruba speakers including teachers. The content were developed and recorded by Yoruba speaking teachers. The audio references were prepared and voiced by native Yoruba speakers and writers in Nigeria using the standard Yoruba. Topics covered include:

Learn Yoruba language pronouns for describing yourself and others in the first, second and third persons with examples.

Learn the use of different Yoruba language question words – What, Why, Where, When, How and Which – along with examples.

Learn how to interact in the market place with different Yoruba sentences for shopping.

Learn how to engage in Yoruba conversations related to dining: requesting for specific food items, cost of service, letting someone know you’re full, not full or want more food etc.

Learn how to engage in Yoruba conversations related to drinks. You’ll learn how to let someone know you’re thirsty, ask for specific drinks etc.

At the end of this topic, you will become familiar with different Yoruba phrases and sentences for hailing taxis, asking for a destination, asking for the fare etc. during short commutes.

Aderoju needs help getting to the market, hence you’ll learn how to ask for directions in Yoruba.

Learn to catch up with friends and families in Yoruba.

There are no reviews yet.

Only logged in customers who have purchased this product may leave a review.