Maami which means mother is a 2011 film directed by Tunde Kelani but based on Femi Osofisan’s book (with the same name). It is the tale of Kashimawo, a young boy with a difficult childhood as he is raised by a single mother in a poverty stricken environment. He goes on to become a prominent footballer in spite of his troubled beginnings.

We are taken through Kashimawo’s life both on the days leading up to the announcement of the Nigerian team for the 2010 world cup and the days leading up to his 10th birthday many years before. The sacrifices, care and lessons from his mother are prominent in the later whilst Kashy as he is sometimes called grapples with his past and the decision to play for the country in the former.

One can appreciate a lot about the movie, it manages to cram a decent storyline into the 90 minutes screen time. The film is heavy on the teaching and lessons of which “kindness is a baton that should be passed” stands tall. The realistic rural life as well as accurate and well done subtitles are applauded. However, not all the main characters were exceptional actors. Ayomide Abatti whose acting debut as Young Kashimawo and the performance of well known Funke Akindele did impress. Unfortunately, the same cannot be said about others. This can be forgiven as the playlist and location choices attempt to compensate. 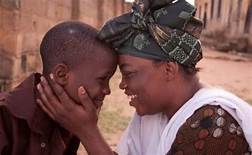 Perhaps a personal preference but the background music was enjoyable and could have been utilised even more. Concerning the locations, whether it was the home of Kashimawo or the market in Abeokuta, each location complemented the storyline as well as characterisation, not just of the main characters but of the people too. In addition, bits that included Yoruba culture such as the scene with aso-ebi or with the masquerades would prompt those who are unfamiliar with these aspects to try to find out which I see as a good thing.

The movie does not present itself as a “Yoruba movie” but rather as a Nigerian movie in which the main characters are Yoruba. This is not an issue but rather information to have ahead to avoid watching with different expectations. Yoruba is spoken a lot during the movie but so is English, the Yoruba parts have subtitles though which make for easy viewing. The movie is available to watch on Youtube and is recommended if you’re curious to watch after all that has been said. It was a decent movie but it does feel like there’s something missing. It is not bad, but it is not ground-breaking. If it’s a lazy day and you’re in the mood for a reflective and short movie then go ahead and check out Maami.

Overall, I would give the movie a 6/10. Not bad but not spectacular. 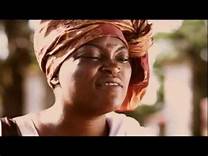 I thought about the effort of my parents, the privilege and unprivileged amongst us, the ghastly things people do, the pursuit of formal education, the background music, the movie’s transition from past to present and vice versa, how the subtitles were done, the early 2010’s makeup and dressing, the Nigerian love for cashews, the Brazilian architecture from freed slaves in the locations used, what we take for granted e.g the meat he wanted, the value system of individuals amongst many other thoughts.

I wonder what you thought whilst watching and even after you finished the movie. If you thought about some of the things I thought about, here’s one of our Instagram posts on Yoruba value system and a Linkedin one on subtitles and translation.